My sourdough starter is several years old now and it has been loyal to me no matter what. From periods of enthusiastic feeding, to those busy times of life when my poor starter has had to deal with sheer neglect!

One thing I have learned though, through years of baking sourdough bread, is that the point at which you use your starter in a recipe has a direct impact on the result of the bread.

When is the best time to use your starter to get the best bread? The very short answer is, your sourdough starter generally will be at its peak anything between 4 and 12 hours after feeding. The optimum time to use it will be when there are lots of bubbles at its surface and it has has physically risen to its peak level, just before deflating back down again.

Giving an estimated time is good enough, but if you are after that perfect rise in your sourdough bread, and want to be more in control over the flavor profile of your sourdough bread, there are certain characteristics to look out for in your starter that will determine exactly when to use it to make sure it is at its ultimate bread making potential.

How to Tell if Sourdough Starter is at its Peak

Each sourdough starter will behave slightly differently according to its environment, how often it is fed, what it is fed, etc. Check out my article “Is my Sourdough Starter the Right Consistency?”

The best way to really know the most effective time to use it, is to look out for the following signs.

Bubbles in Sourdough Starter Show That It is Active

Bubbles are a good way of very quickly checking how your sourdough starter is doing. If there are no bubbles at all, you’re in trouble, as it shows very little activity! Sourdough starter should have bubbles in it to show it is active, and the amount of bubbles present will give you an indication of how active the starter is.

Bubbles are a result of the flour and water fermenting, and releasing carbon dioxide gases.

Once you have fed your starter some fresh flour and water, the bacteria and yeasts naturally found in the starter will start to feed on the sugars and starches.

You may find that once you feed it and give it a mix, a few bubbles appear on the surface. This is a good sign. Your sourdough starter in a few hours will have many bubbles on the surface. And this will continue to increase until it reaches its peak, and then the bubbles will die down again.

QUICK TIP: When the bubbles on the surface are different sizes, some large and some small, your starter is at its peak! This is a good time to use it.

Once the sugar and starches from the feeding have been consumed, the starter will then start to deflate again. This is when you know that it has passed its peak phase.

NOTE: The level at which the flour raises and deflates will differ depending on what type of flour is used. Wholegrain flours and ancient grains will not rise as much as hard white wheat (which you can expect to reach double its height).

QUICK TIP: Using the starter just past its peak is still effective, as it is just at the moment when it is hungry and starting to run out of food!

Feeding Schedule of Sourdough Can Determine How Active it is

How often the sourdough starter is fed can determine how active it is. A starter that is fed more regularly will generally be more active. Whenever my starter starts to look a little sleepy, I increase my feeding schedule to twice, sometimes even three times a day. This increases its activity and revives it to a really active level.

A final check, is when the starter was fed. Using sourdough starter when it has been freshly fed won’t give you good rise in your bread. Starter takes time to eat through the sugars and starches in the flour, and it hasn’t yet had enough time to become active.

This is why it is recommended to wait between 4 and 12 hours before using the starter in your bread recipe. It will take at least a few hours to see some of those bubbles and rising levels I mentioned earlier. Look out for those other signals in addition to how long it has been since you last fed your starter.

QUICK TIP: You may find that your starter will be ready much earlier than usual on a really hot day, as the warmth will help the starter to feed more quickly.

How Can I be Sure My Sourdough Starter is Ready to Use?

If those things are in place, your starter is probably ready to use, but there is an additional test that you can do to make sure…

The float test is a way of checking if your sourdough starter is light and airy enough to make your bread rise. Here’s a step by step guide:

Checklist for When Your Sourdough Starter has Peaked:

Should Sourdough Starter be Used at its Peak?

Now that we have an idea of when the sourdough starter is at its peak, is this actually the best time to use it for making sourdough bread?

After all, when it reaches its peak, it is at its strongest right? Actually, the answer is not so obvious.

Sourdough starter must be used when it is DEFINITELY ACTIVE. That is actually the only real prerequisite to making sure it will ferment your dough!

But understanding what stage your starter is at, will help you have more control over how your bread turns out.

Here’s what can happen to your bread when you use your sourdough starter during different stages of its activity levels.

What Happens when Sourdough Starter is Used Before it has Peaked

When sourdough starter is active but hasn’t peaked yet, it is on its way to increasing its activity levels. Adding it your bread recipe at this stage will cause the dough to ferment quicker. This will result in a sweeter tasting bread.

Don’t worry, the starter will still make your bread rise as long as it is active enough, even though it is not at its peak.

What Happens when Sourdough Starter is Used Right at its Peak

Peak time is considered to be within 20 to 30 minutes of the sourdough starter being at the highest level in the jar.

This is the most common activity level that is used when adding starter to the recipe. It is when the starter has the most leavening power (how much rise it will give to the bread). This will generally result in a better rise in your bread but with a more balanced flavor of sourness to sweetness.

(For more information about getting a good rise in your sourdough bread, check out my article “Awesome Sourdough Oven Spring in 10 Easy Steps”.)

What Happens when Sourdough Starter is Used After it has Peaked

Once the sourdough starter has peaked, it will start to run out of food, and hence start to lose its leavening power.

In fact, using it at this time will actually be when the starter has the least amount of leavening power (whilst still remaining active enough to raise the dough).

But this isn’t such a bad thing for your bread. As long as it hasn’t been left for too long, using sourdough starter after its peak will result in a bread that has a much more developed flavor because at this point, the starter has slowed down, and will take longer to ferment the dough. If you’d like to know more about how to adjust the sourness of your bread, check out my article “18 Ways to Make Sourdough Bread More (or Less) Sour”

In conclusion, if the priority in your bread baking is simply to get the biggest rise, then using it at its peak is best. But if you want to adjust the flavor of your loaf to be sweeter or more sour, then using the sourdough at its respective activity levels is a good idea.

If you want to take a break from feeding your starter every day, have a read of my guide about how to store properly so that it requires no maintenance.

If you’d like to learn to make great sourdough bread from scratch, check out my online course here.

If I make a sourdough starter from scratch, when can I use it to bake bread?

Sourdough bread can only be baked once the sourdough starter has become strong enough. It usually takes a few months for it to mature enough to make bread. But once the starter becomes active in its early stages, it is useful for making recipes that don’t require as much leavening power , such as pancakes and waffles. Check out my article here for inspiration on how to use up any excess sourdough starter you may have.

How long does it take to revive sourdough starter that has been in the fridge?

Sourdough starter needs to be revived after spending time in cold conditions such as the fridge. It can be revived by feeding it every 12 hours for a couple of days, or until it shows signs of being active again.

Check out my “Sourdough Starter Troubleshooting Guide” for all your burning questions around sourdough starter. 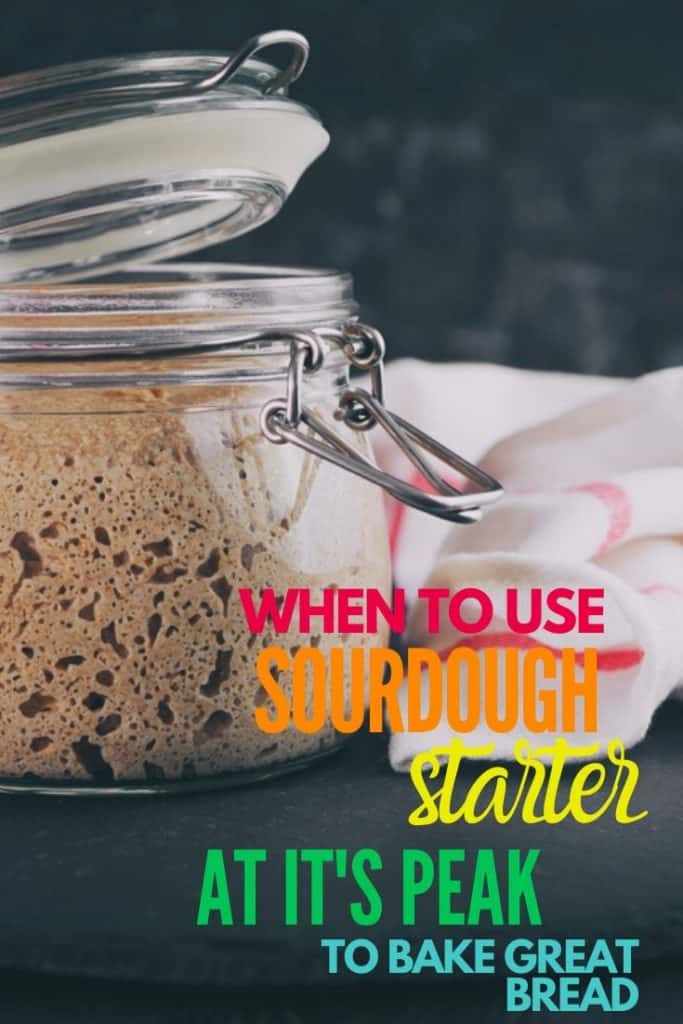 Great article ! I have a question please: do you keep your sourdough starter at room temperature? I keep mine this way too, but I don't discard. Instead, I gradually build up my weekly dough. I adjust the hydration gradually at the last couple of feeds. Before baking, I keep a spoon of dough as mother for next dough build up. Did you try this? Is there any articles you wrote about this method?

Yes, I keep my sourdough starter at room temperature, and I also don't discard. In fact, I do exactly what you do! (except I always keep my starter's hydration at 100%). I do this because I hate to throw away perfectly good starter. If I end up with too much starter I use it for other recipes (see my recipe section).

Thank you for the compliment about my article, I'm glad it was helpful. Comments like yours is what keeps me motivated to continue writing useful articles so thanks again! :-)